Welcome to a new world

Since the 1970’s Mitsubishi vehicles are available in the Netherlands. In response to the increasing popularity and demand of plug-in hybrid cars, Mitsubishi developed a plug-in hybrid variant of its Outlander model, the Outlander PHEV. A car based on a fairly new, and less-known technology.

Why we did it

Since plug-in hybrids aren’t a common sight in the streets yet, Mitsubishi expressed the desire to include a large amount of technical and practical information to inform and persuade drivers of traditional fuel-powered cars. We needed a way to introduce the new concept to a broad audience, focusing on excitement and practical information. And: without losing focus on the car’s good looks. 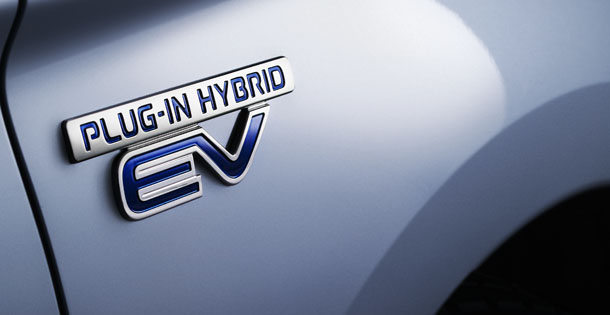 Combine technical and practical information in an environment which is both to the point and visually stunning. 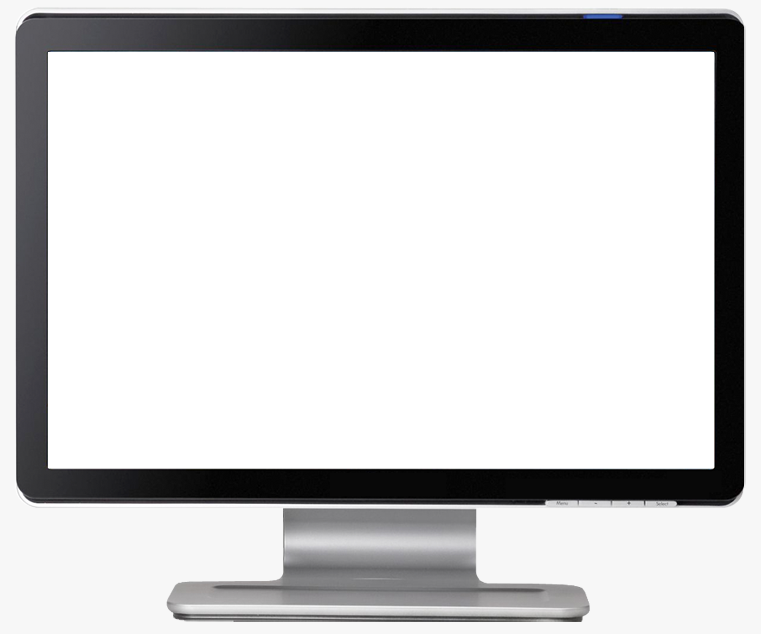 Grab the attention of our audience in a few seconds, by presenting relevant information in a compact way. On desktop, tablet and phone. We developed a ‘one-pager’, pointing out all the characteristics the Mitsubishi Outlander PHEV has to offer.

Technical facts and figures are presented in a stylish and playfully animated infographic.

The fixed buttons that scroll along with the user ensure a test drive and/or brochure can be requested at any point on the page. All this is wrapped in a responsive layout.

De website shows nearby charging points, based on the user's location

Grab the attention of our audience in a few seconds, by presenting relevant information in a compact way. 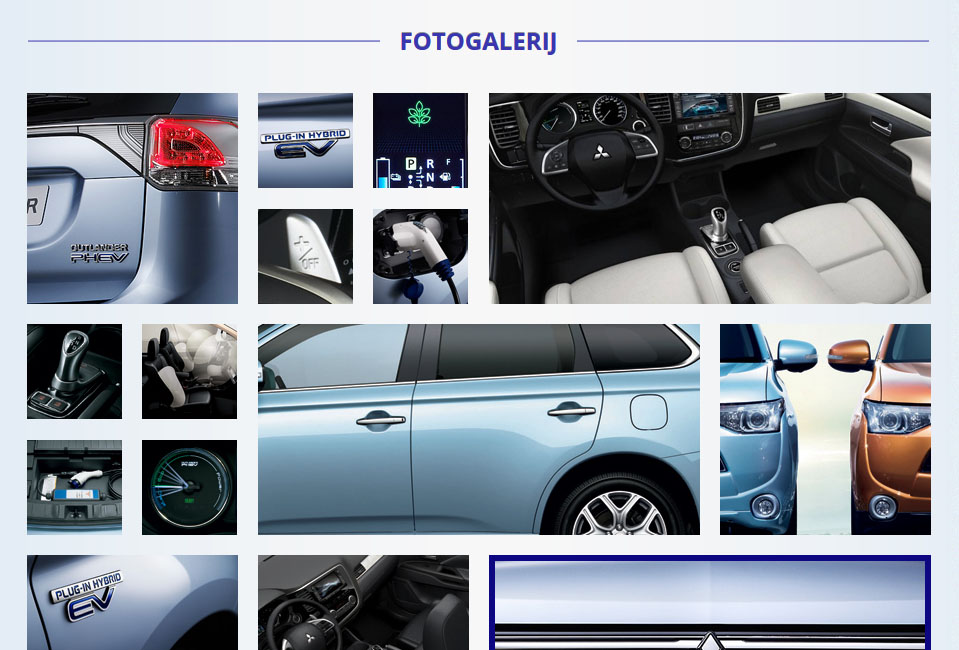 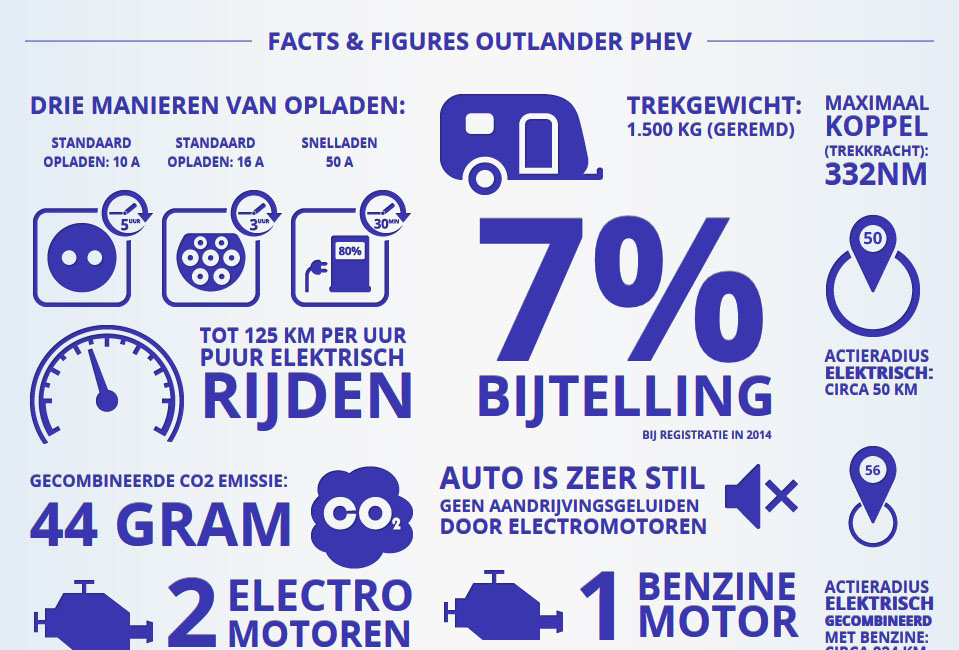 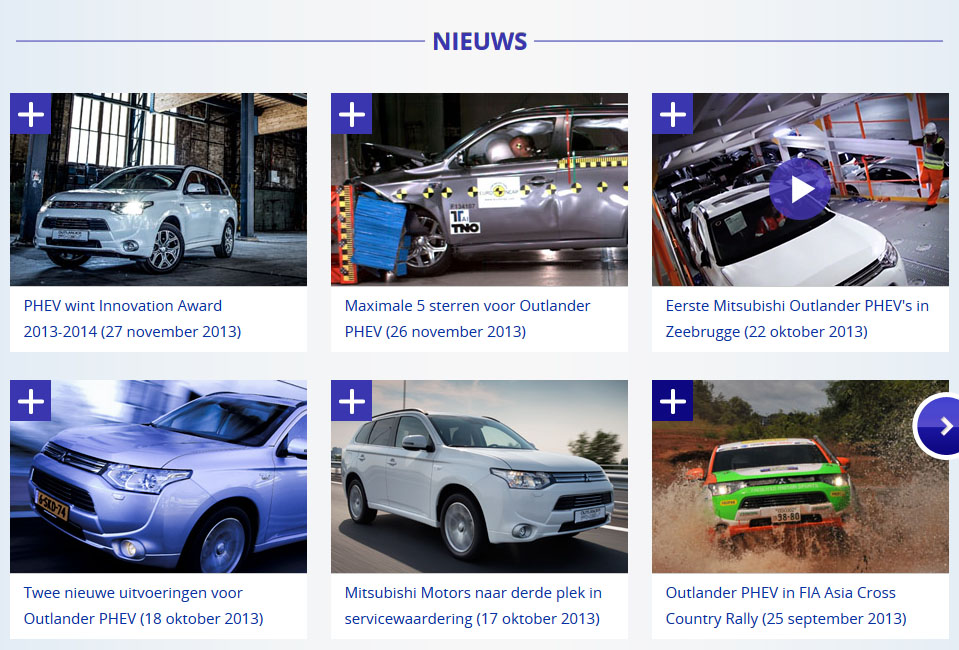 Various chapters within the page

Percentage of mobile and tablet users: 29%