Bart de Graaff Foundation helps young people with a life-limiting physical disability or chronic illness to start their own business. They are called: Bikkels, a Dutch word which describes a person with a strong character and perseverance. The foundation was founded as a tribute to Bart de Graaff, a television host and founder of a television network.

Bart was known for his braveness and kindness. He was man with a bold sense of humor. Despite of his kidney disease, Bart had a successful career as program maker for his own public television network BNN. The foundation helps Bikkels to function independently in society as much as possible. They guide and support Bikkels in cooperation with mentoring companies.

We designed and built a website with a strong accessibility focus on people with disabilities. It has a clear design that is calm on the eye. The structure of success stories of Bikkels touches people in their heart and inspires organizations to jump in as a mentor. Now you understand why we’re proud to be useful to an initiative that is dedicated to help young people with power and lots of talent, but can use a little bit of experience and resources. 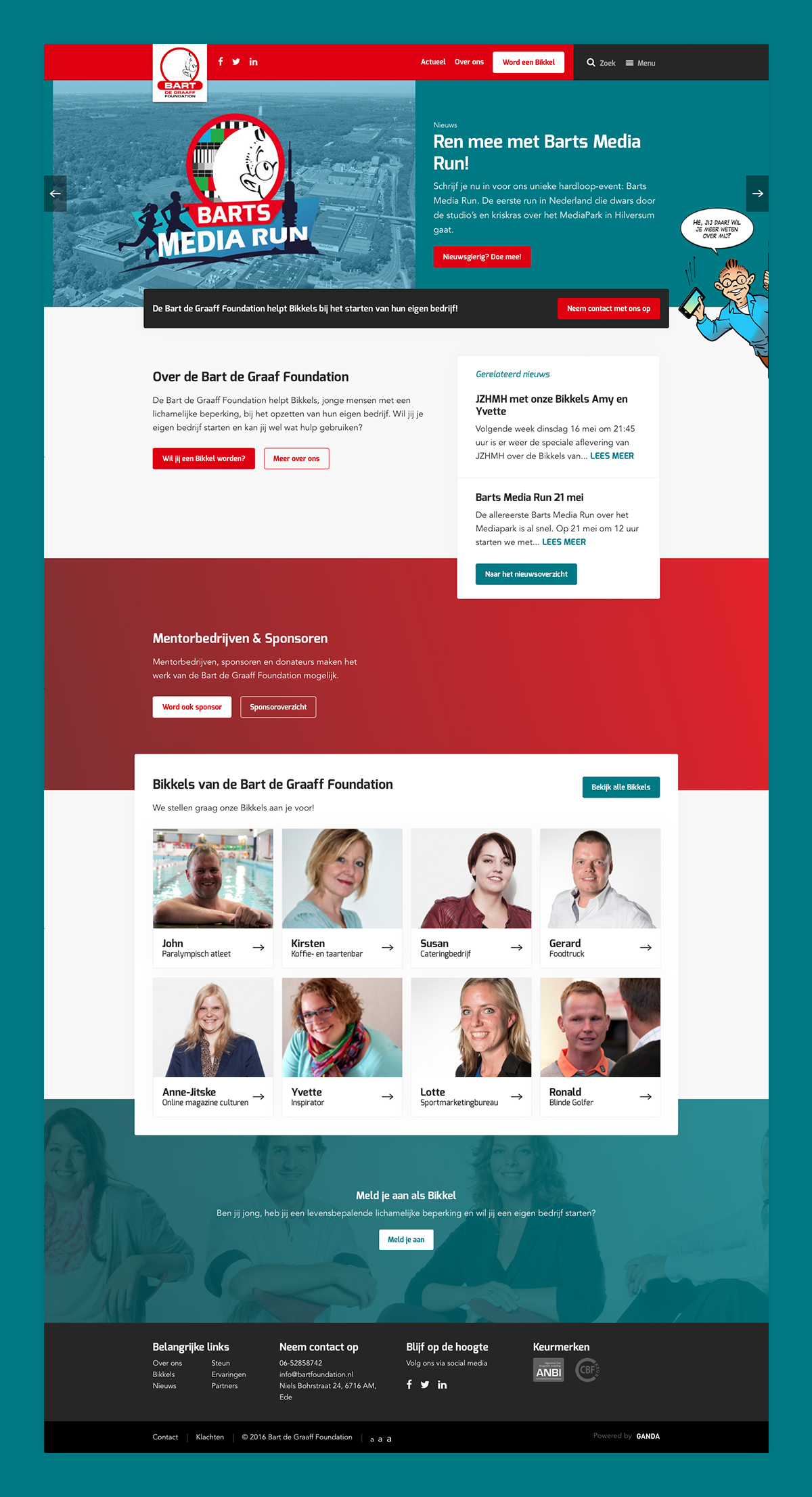